Is our network still being protected? 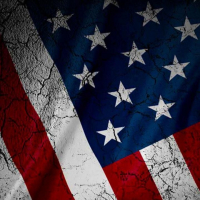 ✭✭✭
October 2019 in Fingbox
Our home wifi network of 8-12 devices has been monitored by a FingBox for the past 18 months. However, I question if all these devices are still being protected since something changed ~3 months ago whereby only one device (an iPhone) ever shows up on the "Presence" screen, while at the same time, a different device (the router) shows up on the "Digital Fence". I monitor activity from my Samsung Galaxy Tab A T380 which was updated to Android 9 at about the time things changed. Also around this same time, we changed ISPs to Xfinity/Comcast with different hardware. I can only presume that the reason why only one of our many devices listed on the "Devices" screen is also showing up on the"Presence" and "Fence" screens has to do with either changes in Fing/FingBox's functionality, or our recent switch to a different ISP with new hardware, or the recent update of my tablet which is what I use to monitor the network through the Fing app. So I would really appreciate any help with determining the reason(s) behind the way Fing monitors our network from the way it used to whereby all devices would show up on the Presence and Digital Fence screens, and most importantly if our network is really being protected or not, and what to do to diagnose the issue(s)!
0