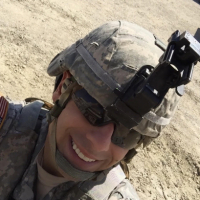 ✭✭
July 7, 2021 in Network Troubleshooting & Connectivity #1
Hey All,
So I figured I would make a post about this since it doesn't seem like it has been discussed concerning this new iOS 15 Beta OS for iphone/ipad/itouch/etc..  I decided to test out the new iOS 15 on my apple devices and have run into an reoccurring situation.  If anyone else is willing to try the same thing or is experiencing the same, would love to hear about it and maybe we can be at the forefront of some bug or issue explinations.

Having both Android and iOS phones and devices, I have definetly narrowed down the situation to my iOS devices.  Now, as soon as I downloaded the beta profile and updated to iOS 15 Beta 2, my Fing box started warning of a new device on the network.  And when I say as soon as, I mean like before I could even access the new beta OS on my phone, it happened first about 3/4th the way through the device update.

The new device came up as generic, with only a MAC address, no other network info or identifiable info, other than the IP it was trying to be assigned on my network.  Searching both MAC vendor and device finders, all came up with an unassigned MAC and no vendor or even type of device that resembled it.  On one general MAC identifier site, it stated that this was a generic random created MAC made by a device with privacy options to mask its true MAC or a device, such as late gen mobile phone that can Randomize its wifi MAC each time it connects.

Of course trace routing it only is going to show my local router, but doing a port scan it did come up with 62078, which is commonly used as a iPhone/iOS Sync Port, created to do a wifi iTunes or iOS software sync/update.  Now yes, could a device use a port to disguise itself and then WireShark me till it knows what toilet paper I prefer, sure, but the coincidence of me just updating to iOS 15 Beta and this occurring seems to be the most likely answer.

But here is the interesting part, instead of falling back to the regular wifi MAC that I have saved in my network config for my iPhone to try and sync, or just not attempting again.  A couple minutes later I received another random generic device trying to get on my network and going through the motions, it appears again it was the iPhone.

So has anyone else run into this on this new iOS beta or have you seen it in previous versions or even on other devices.  I have seen randomized MACs many times before, such as my Samsung S21 Ultra gives you the option to have this.  However, I have never seen it happen over and over when trying to block this random MAC and the device keep trying with new randomized addresses.  So please, come one, come all, let me know your opinion or experience.
Tagged:
0