Why should we buy into Fing? 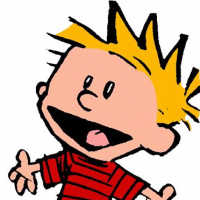 ✭
May 24 in General Discussion, Weird & Wonderful
I've been using the fing app for quite some time (on & off) under iOS, but I'm new to the forum, so at some point I may break one or another forum bi-laws.  So... when stepping on toes, I'll try to do quickly & lightly.   ;-)

The purchase of a new router prompted looking into an easy-to-use firewall more seriously.  FIrst priority is firewall, network protection, and monitoring.  Easy to interpret user interface (dummy proof)  and possible tools to work with our router and help keep our internet speeds fast.

Admittedly, knowing little about the software and hardware side of Fing I wanted to get true, honest user views, opinions, and advice.  In just the very quick glance I took into some topic comments... I'm a little leery now though.  I could also tell some of my pre-notions are probably incorrect.

I thought the Fingbox was simply a optional hardware side to the software, offering more function and ability?  I also thought purchasing the box would also gain a more cohesive (sync'd) experience between desktop and mobile app, which after reading in the forum - sadly doesn't appear that's at all possible?  It behoves me that after I first found Fing years ago, that the problem still has not been addressed.  That's not encouraging.  I was also under the impression that with a Fingbox there were no subscriptions, or yearly fees?  I guess I may be wrong about that, too?
I think I read that Fing handles network traffic differently than other firewalls - in a way that it's monitoring for potential attack/problems as opposed to reading/sorting through ALL the network traffic.  Is that true?

Albeit... I need to contact Fing's sales to gain a better understanding of their product(s), but right now - I'm looking for valuable reasons, answers and experiences, and I value ANY input.   So... Fing users -- why should I join into the Fing family as opposed to one of several other consumer level quick and easy firewall options?  What are the advantages, and disadvantages?  Your likes & dislikes?  Successes?