✭✭✭
October 2020 in Fing Desktop discussions
If I run a DNS Benchmark from two different tools, I would expect similar results.  However, when comparing the Fing Desktop DNS Benchmark with the one I have been using for several years, "DNS Benchmark" by Steve Gibson (https://dns-benchmark.en.softonic.com/), the results are quite different, as shown in the screenshots below.  Both agree that the DND services provided by my router are the fastest, and both agree that Open DNS is one of the fastest, the results diverge from there.  I wonder why, and which result is to be believed? 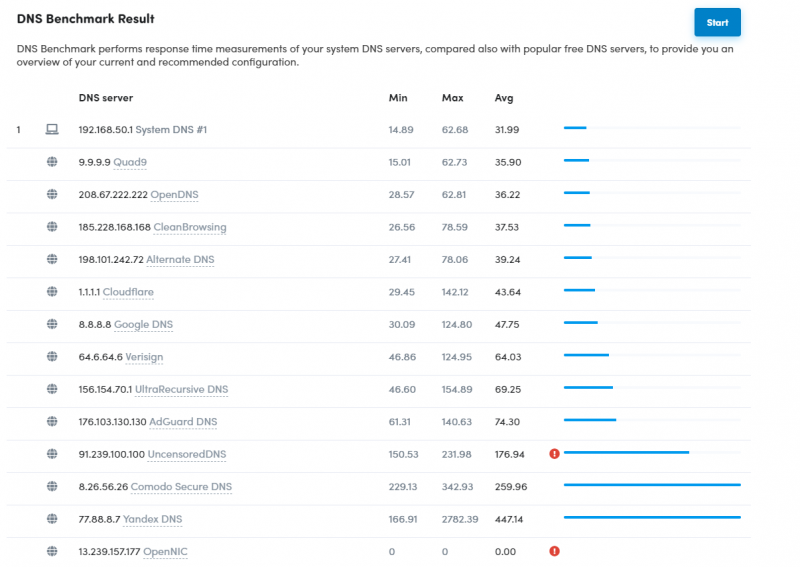 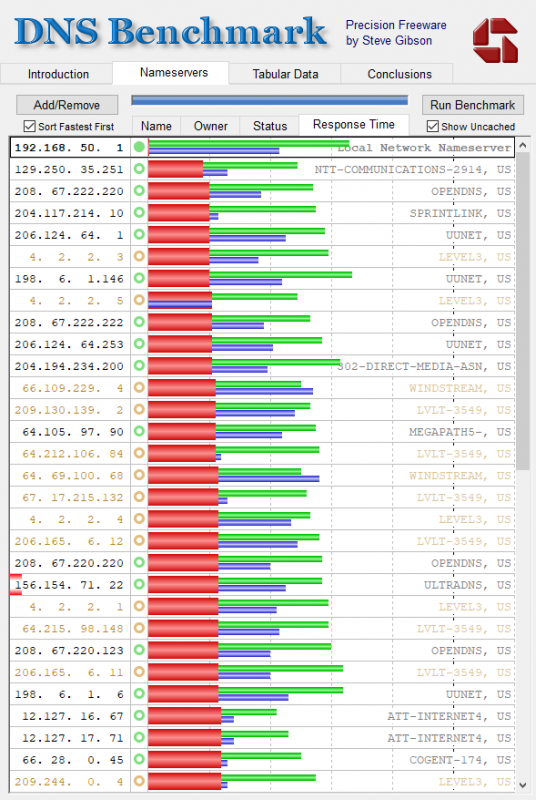 Fingbox owner from the beginning
0