After receiving a network security alert about the network gateway changing we started investigating. The mac address in the alert is a WIFI ap on the network. We experienced having some problem reaching the internet after this alert. After some analyses we found that all the mac int the ARP table on the firewall was the fing BOX  and connected devices on the network had the Fing BOX mac as gateway. Some internet activities was stil working.

To get it working the Fing BOX had taken the "man in the middle" role and forward the traffic to the firewall.

Q:
Does the Fing BOX do a "man in the middle" for all devices after they are accepted into the network?

What does Fing.com do whith the data, and what is logged and send out to your services?

Now - This concerns us and we have unplugged the Fing BOX until these questions are answered. I is also strange that we are not able to report this as a support ticket rather than being "forced" to use the community. 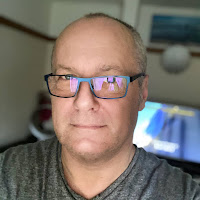