Two devices grouped under one only, but different MACs 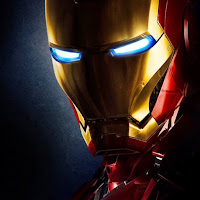 ✭
July 2020 edited July 2020 in Network Troubleshooting & Connectivity
Dear all,
I have a FingBox on my office network and recently I installed one TPLink Travel Router (MR-3040 in Client Mode) to have an isolated device with cable connections only be reachable on my network.
They both have a different IP and MAC address, but for somewhat reason, I only see one device with two IPs on my network, as follows:
> 192.168.10.170 - MAC: xx:xx:xx:E5:67:A4 - Remote Device in DHCP with Assigned IP on DHCP Server
> 192.168.10.183 - MAC: xx:xx:xx:80:16:42 - TP Link Travel Router in DHCP with Assigned IP on DHCP Server
The DHCP Server is available on the network but on another device, and the Remote Device is connected with cable to the Travel Router, which connects to our Office WiFi Router.
For somewhat reason I only have the Remote Device in Fing devices list, with two IPs assigned ( -.170 and -.183)

How can I have them to be splitted ?
Why does Fing groups them, which seems a "non-sense" to me ???

EDIT: what seems also far too strange is the fact that the main device appearing in the list is not the Travel Router, which could act as a "forwarder", but the device itself (both IP and MAC !!!), which looks like having a "slave" device under it (and in reality it is the opposite...).