Possible network issue with desktop and Call of Duty 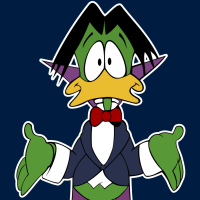 ✭
April 2020 in Fing Desktop Ideas/Suggestions
I'm running Fing desktop app version 1.3.0, and yesterday I noticed while I was playing Call of Duty multiplayer, the game was experiencing a perceptible pause every 1 or 2 seconds. (I forget if it was 1 or 2 seconds, but it was a consistent "tick"). Since the only change I made was installing Fing, I alt-tabbed and exited the Fing app and the issue stopped immediately.
I've been able to reproduce the issue only twice so far, because it doesn't happen every single time I run the game with the Fing app open. The game is very sensitive to network changes, so I wonder if a periodic Fing scan or something may be causing it?

I also have a Fing Box and I've never had this issue happen with the Fing Box.