Syncing device details across all logins 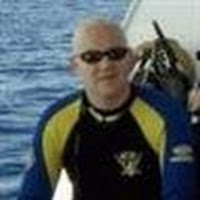 ✭
February 2020 in Fing App
I've used the Fing app for used, was an early adopter of the Fingbox and now I've got the desktop app too.
Even though I've logged in with the same user details as I use on the Fingbox, I've noticed that none of the devices discovered carry the details I've entered through the Android app. For example, a device that comes up as generic I can identify through the IP and MAC address and give the device a name and allocate to a user. My question is, should this happen automatically if I'm using the same account across all devices and apps?

I've got a relatively large and complicated network, running a 192.168.x.x/16 network and containing over 150 devices (all hail IoT!!). My router allocates IP addresses by MAC binding, so I can group devices into subnets, but also has an IP range for DHCP allocation for new devices. This way, when a new device notification comes through, I can see from the IP address it has been allocated if it really is a new device, or an old one that Fing seems to have forgotten about. And that's happened a lot recently, I think since the new year I've had to re-label more than half of my devices (and this was before Android 10 rolled out on any of our devices, in fact most of the relabelled ones aren't even Android devices) which I find out assuming that my device details are stored in a database somewhere, either locally or online?
0