✭
June 28, 2022 in Network Troubleshooting & Connectivity #1
Hello. Although I used Fing prior to its announcement, I backed Fingbox on Indiegogo and have had a V1 in my home network since August 2017. The Fingbox appears to be running 1.15.4 firmware.

My home network consists of a Ubiquiti ER-4 router, an unmanaged 8-port gigabit switch attached to the router, a Ubiquiti Cloud Key g2 Plus, Ubiquiti Access Point WiFi 6 LR and Access Point WiFi 6 Pro WAPs, and an older Netgear managed gigabit switch.
The WiFi 6 Pro WAP provides one SSID, while the WiFi 6 LR provides the same SSID plus a second SSID. All devices running current firmware. The current network topology has been in place for about a year. 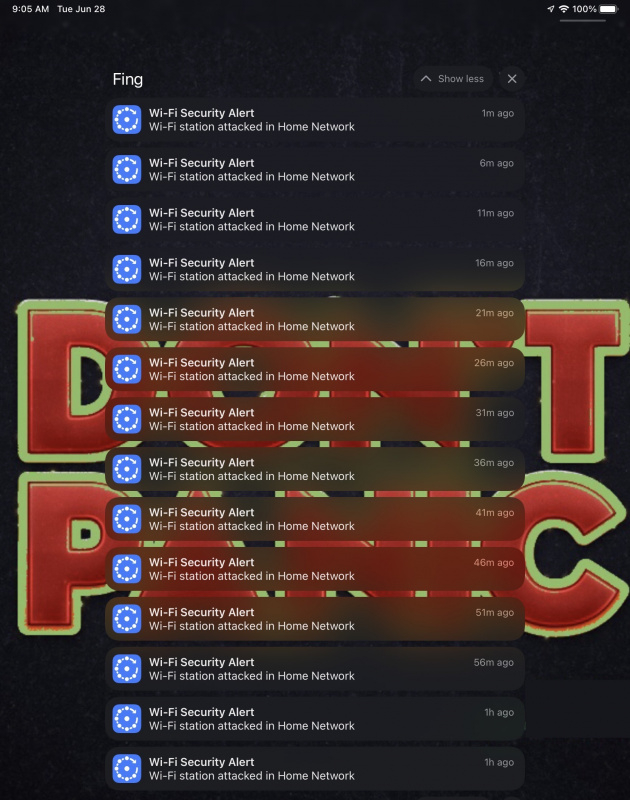 This began about two weeks ago and happens periodically (usually months and months apart, including before adding the Ubiquiti WAPs). Within the Fing app on the iPad, it shows a MAC address one-off from the Access Point WiFi 6 LR's Ethernet address. Presumably, this is the MAC of the WAP's first Wi-Fi interface. Both WAPs are listed in the Fing Home Network and are recognized as "Wi-Fi."

I found an older discussion suggesting that taking my iPhone to each WAP and running a Fing Network Scan might help Fingbox better-understand my network. However, the app complains something along the lines that Fing Desktop owns this network so scanning can not be done.

How can I find out if my WAP is actually under attack? If it's not, how can I stop these confounded notifications?