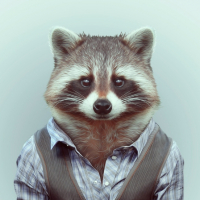 it seems like the fing app (Android) is getting more buggy with the time. I'm using it already since years, but now it really gets annoying and unreliyable.
Everything startet some weeks/months ago during christmas. I think there was an update from the app, because since this, it only makes "bullsh*t". During this time, the app did not detect several devices in the network anymore, even if I could ping them via the app! But its still persists that the devices are offline. Also the Fritz Box IP is totally wrong. The shown IT address does not even exist in the network, but the fing app still persists in showing the wrong one.

So what did I do for troubleshooting:
1. delete cache and temp files -> same problem
2. deinstalled and reinstalled -> same problem
3. Do Step 1, then Step 2, then create a completely new account with no "known" networks. -> here we go, everything works as expected.... ye... for some days. After several scans (some days between) it appears that the same issue occures again.

My Fritz Box IP Address is (and is really: 10.0.0.1 (/24)
Withing Fing the device does not exist. But I can ping the box with the ping feature in the app.
Fing also says that the Box has the IP Address: 10.0.0.128, which does not exist in the network. I even cannot ping the address via other PC or via fing app. I have no clue why the app persists in this behaviour.

Does anybody of you have an idea?!
Can I report this as a bug?
The app is totally useless if its working like this.
btw: also several devices start to disappear in the listing within the app. (Yes I still can ping them and of course they are available)

Thanks for your patience