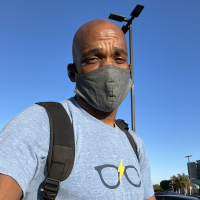 Anyone ever seen this?

discovered I am open broadcasting bt to any and everyone.

apple says “impossible” closed the ticket. Can’t remove them or stop the handshake as I’m never given an approval request.

the only one that’s mine is the jib true…notice it has the blue info option where I can remove it…all the others don’t so I can’t kick them off.

also they are hidden. It was an accident I found it through an app the developer is afraid to own up to bc of true privacy invasion. But it’s not his app that’s doing it, his app just revealed it.