Hacking examples to question about whether they are hacked, background/aftermath from it

✭
October 12, 2021 in Devices & Security #1
My hacking issue, was eventually said to be because of a network intrusion, via my home network, or public network; but more likely my home network. It lasted for 7 months that I knew about but was at least 3-4 months prior, because of when we looked back and saw certain data changed.
How exactly it happened is unclear as there are many different ways I was told it could have occurred.
Great thing from Fing is that while the issue still persisted after the Apple update but considerably less, Fing was able to establish the problem right as I ran the program which was way more efficient than us by far.

For some indicators of your device being hacked/compromise, previously or currently:

Local technicians had no answer for my issue, factory resets did nothing as I did those at least 3-4 times. I changed phones, phone services, numbers briefly, as my calls were being redirected to someone I did not originally call, my search results were different from the same person, standing directly next to me, searching the same thing, same keywords, same search engine.

Certain apps had a different location that fluctuated throughout the week that was not my city, even after numerous password resets on that application. Repeatedly asking you to reset your password as you already did it correct the first time, in an effort to record your keystrokes. or just do their best to annoy.
Essentially every phone i replaced and my laptop was acting more scrambled and fluctuated but was consistent in the whole time period. If all those changes with brand new options still persist with problems, then that just further shares you have or are currently being hacked.
It took a lot of trial and error to get to where we did because each time we thought we solved the problem, the same issue would arise again, and that was just the individuals installing the same items we removed, altering privileges settings, or copying more of my data.

The local police were useless and directed me to the FBI who were also useless, as it did not meet the "threshold" of their theft level.

Cyber Security Experts are quite pricey and I was in graduate school so that really wasn't an option, as I was quoted $3000k just to see if he can figure it out, while still suggesting to get a new model as he works on the infected one....doesn't seem worth their price tag. That process was repeated with the phone.

The biggest breakthrough in the entire 6-7 month experience was when Apple sent out their update for their latest IPhone last month, which changed the settings that the individuals were accessing to get into devices. The options were different from the 14 iOS and the security has been improved so far, so surely update your phone. I changed neighborhoods too, and now Fing and my device is running like its one year old instead of 7.
Fing could have surely make that process less exhausting, so its good to have handy better late than never. Its a lot of simple resources in the app that make a difference, and due to my mini post hacking PTSD, and for redundancy purposes, I also installed similar apps, yet Fing is more efficient and easiest to use by far.

Some people just want to watch the world burn, are bored or just jealous I guess, so please try your best to not overlook the small changes that can snowball. I would also recommend having a reputable VPN on your device as well, the free ones are subpar. 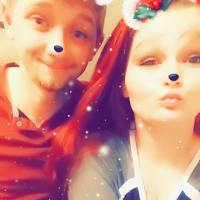