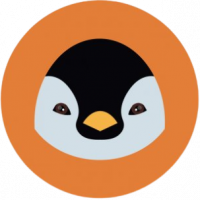 ✭
September 23, 2021 in Fing App #1
I've changed the entire password, login name and all related to the main network. But for some reason, the main Wi-Fi network isn't affected, but the other network which is basically the same, but with another name is being stolen by someone else. The other network is just the Wi-Fi Repeater, for some reason the person can access the Wi-Fi Repeater, but not the main network that is being repeated. Both passwords are the same, because in the end is the same network.

I'm not sure if the Wi-Fi Repeater is old enough, insecure or easy to hack into, but I don't know what to do. I've tried to block the especific MAC Address from the main network (couldn't do it from the Wi-Fi Repeater though), but it seems not to block on the Wi-Fi Repeater network, just in the main network which isn't being stolen. The person who connects has access to the Repeater doesn't matter how many times I change my password or network name, it gets connects anyway.
I've detected all devices in both networks, except by one in the repeater that keeps appearing and being detected as "generic". Any tips?
I can't buy a Fing Box since is so expensive and not officially available in my country.
Tagged:
0