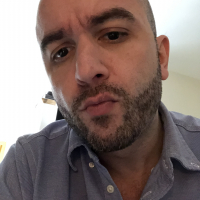 A strange and frustrating situation keeps occurring when the following happens.

If a device enters my wifi network which had previously been connected successfully and therefore still has valid wifi credentials, Fingbox of course correctly still blocks the device because I had removed it thinking it would not be connecting again.

In my router logs I can see a long list of DHCP declines, again as I imagine expected behaviour.

I have 3 raspberry pi’s, 2 of which are responsible for network wide DNS via Pi-hole and unbound.

Now when the above situation occurs, all 3 raspberry pi’s suddenly become inaccessible via their Ethernet connections. One of the pi’s also has a wifi connection with which I can still obtain access to it and can see that eth0 has been taken offline.

This brings down my whole network and the only fix is to power off and on the Pi’s assuming of course the reintroduced device is no longer attempting to connect to my network.

It seems to be an effect created by my Fingbox but my question would be why does it only affect the Ethernet connections on the Pi’s?

This is probably an unexpected side effect of normal functionality of the Fingbox but it would be great to understand how it is affecting the Pi’s and what could be done to mitigate this situation.

Thanks for your assistance.