Anyone else experience rouge connections via Fingbox? ✭
May 20, 2021 in Devices & Security #1
I've been experiencing some strange behaviors on the WiFi side of my network, there in the 10 network is where my Fingbox is located. Here recently, my WiFi  cameras would de-auth spontaneously causing freezing of the images presented or get lost all together. Went through a full regiment of tests (Wire-Shark, Kismet)  only to find rouge device emanated from the Fingbox itself. Did a full inventory of my wifi network and found a android device not owned by nor installed on my network. I removed it from the Fing app on to see it immediately come back. It attempted to mimic several other devices I installed, including utilizing my naming convention, attempted to clone IP addresses already in use so as to hide behind another device. One day its at one address then re-appear at another address always using the same mac address. I then assigned that mac address to a specific IP on the router so It could not roam. High lever espionage going on here. At least now it can't just pop up somewhere else but mac cloning is in use. 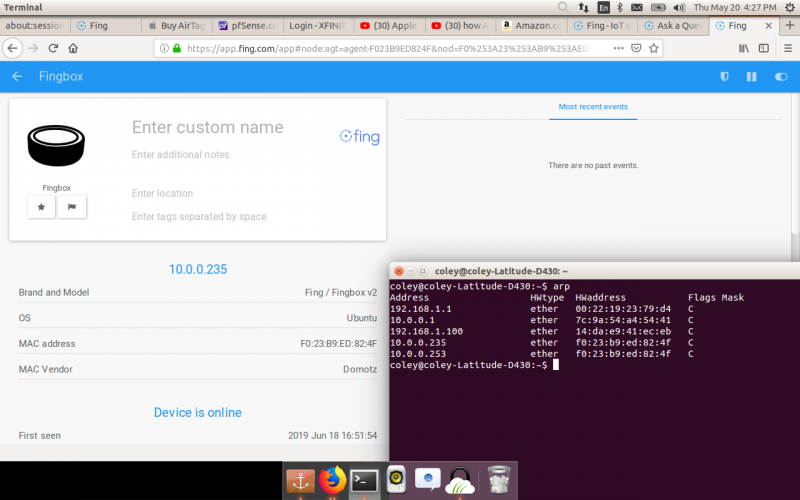 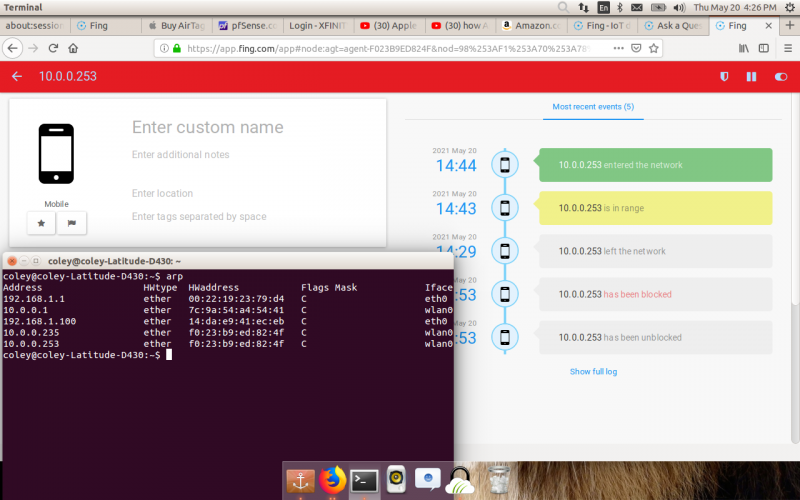 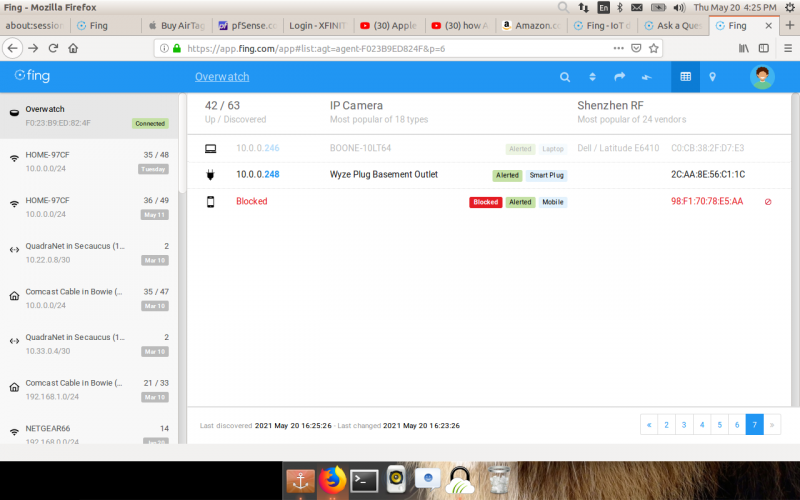 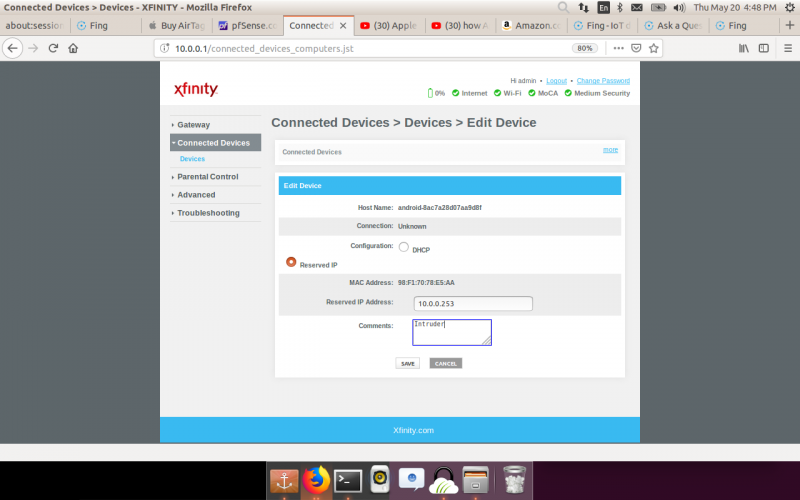 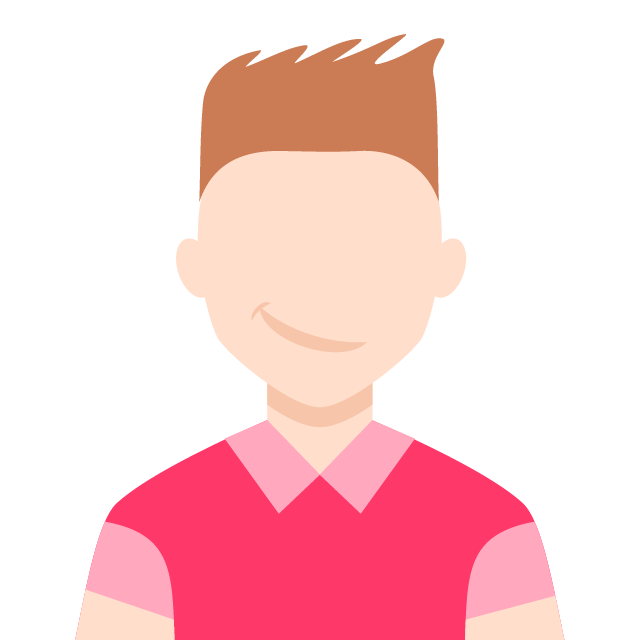