✭✭✭✭✭
September 16, 2019 in Fingbox feature requests #1
My recent poll at https://community.fing.com/discussion/649/fingbox-dnd-mode#latest has shown that there is a definitive desire to change the current behavior on how the DnD mode works on the Fingbox.

The current behavior of "dimming" the LEDs seems to be counterintuitive to both perceived and also described behavior.

So far no one who's voted has stated they feel the current DnD behavior is not what they'd desire. Now, granted, we are but 8 voters in a sea of Fingbox users, that said, @Carlo_from_Fing, could we consider a change here?
People say nothing is impossible, but I do nothing every day.
Tagged: 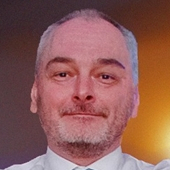