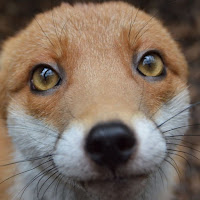 ✭
April 3 edited April 3 in Fing Desktop Ideas/Suggestions
Hi all,
I used to work for a small ISP back in the day. We used a program called Intermapper to give us a visual representation of systems going up or down in our network topology. At the time I think Intermapper was MacOS only (Mac OS 9 if you remember back that far).
Intermapper is still a viable program you can download and try out. It's a bit advanced for home use but we found it hugely useful in our day to day operation of the ISP. I've tried setting up the current version of Intermapper for home use and it's just overkill. A simplified explanation of the kinds of things Intermapper can do: map network topology and represent it in a 2D interface, mind map style. Apply icons to type of network node (routers, servers, workstations, printers...), choose colors representing up or down state, marching ants representing traffic, alarms for down states, protocol selection, it does a lot.
We had alarms set with Star Trek sound clips that would notify us if a major system or network went down. We could identify the source of the outage immediately with a glance at the Big Board (intermapper) and whip out WhatRoute and start troubleshooting.
For my use I have often wished for a simplified version of this interface. What's on my network, are things showing up (pings), where in the chain of network topology is traffic failing? Check status at a glance.
Tagged: