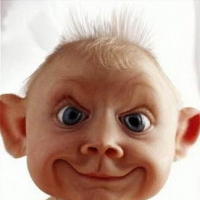 ✭✭
March 29, 2021 edited March 30, 2021 in Fingbox #1
The state of Fing as a whole has come to a crash landing. The latest update, v11 (iOS), has placed everything we held dearly at the beginning behind a paywall. The acquisition by Lansweeper has diminished the quality of Fing. The Fing community posts are becoming few and far between. What's more is now Fing is forcing their Desktop client onto people even though the Fing app was doing its job by itself just fine.
The release notes are not being updated in a timely manner. Desktop app Fingbox Fingapp.
The whole reason I am writing this is because of the newest version, 11, to iOS. Hindsight being 20/20, I wish I would have taken pictures of how the Fing app used to look as to how it now looks. If you can believe prior to the Lansweeper acquisition, everything that is behind the paywall, now, was actually all free to use. I was able receive notifications for newly discovered devices. I was able to run router checks. I was able to monitor the security fence. The user interface was MUCH easier to navigate.
Fing employees, don't try to pull the wool over our eyes by saying "It always has been" with us. It hasn't. I've read all the complaints in this community. I've seen people ask to delete their accounts for less. I have been trying to hold on with what little hope there is. With the trending "feature updates" to the app, I can only imagine with time the last thing we will be able to do is just scan the network for devices. I feel this app has officially gone full circle and is now back to square 1. If you want to step outside of the circle, you must now pay a premium.
Officially, I only use my version 1, yes the original Indiegogo Fingbox, as a coming and going alert monitor for my family. It is completely useless to me as I do not use the Desktop app, nor do I have premium services. I feel I have been robbed blindly.
Don't push things on people like the Desktop app, if they don't want/need it. Stop taking away from your founding members. Being green with envy and greed is blinding. Early adopters, what is left of us, are hopeful for small businesses to thrive like Fing. No one wants to see hopes and dreams turn into a flaming bag of poop. I for one am hopeful, but every update that has come is just whittling away at me. Every update has me coming back to these forums to read more and more negativity and requests for account deletion. I don't want to become one of those.
Please Fing. Listen to your customers and early adopters. Do not fall into the corporate greed.
Tagged:
0