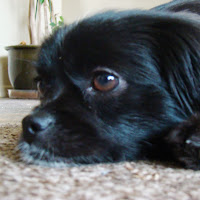 ✭
March 19, 2021 in Fingbox #1
Hello,
Over the last month or so, my Fingbox v1 has been pretty unreliable and spamming my phone with notifications that it went offline then came back online sometime later. However, every time I checked the status in the Fing app, the last check-in time was many hours or days in the past.

Since the app thought it was offline, I couldn't make any changes to the settings via the Android app, nor the website app.fing.com. In the case of the web app, I get an error saying that it can't connect to the network. An additional data point is that I can go directly to the IP address of the device and get a webpage telling me that it is identifying my device... whatever that is supposed to mean.

Finally, I gave in and factory reset the Fingbox last night. Everything seemed to go okay as the device turned green as indicated in the pairing wizard. However, it doesn't appear to have been successful and now simply glows orange. I've tried factory resetting a couple of times now in addition to simply power cycling the device, but the results are always the same.

One further issue is that I'm completely unable to remove the device from my account. When I follow the unpairing procedure documented in other issues similar to mine, the app continues to retain the Fingbox. This may be interfering with the pairing process, but I have no way to know.

Lastly, it looks like I can't even buy a new version of the Fingbox in v2 flavor as all of the store links go to Amazon where it says it is unavailable. So, it looks like even if I wanted to drop $100 on a new one that isn't an option.

Is there any way to recover this device? It seems to act like it intends to work, which gives me hope that this is not a hardware issue, but maybe an issue with my account / app in some way. I've had this same account / device for many, many years now, so it is possible that there is a data migration issue with a recent update.
Tagged:
0