Hyperoptic is the speed King of the UK ISPs 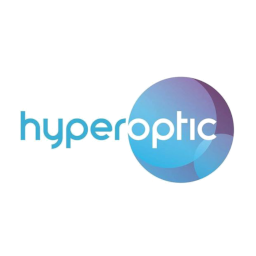 As of 23rd July 2019 the Fing ISP scoreboard ranked Hyperoptic as the fastest broadband provider in the UK and is also placed it a laudible #3 in the UK in terms of ratings of Fing app users.

With an average download speed of 175.1mbps and 121.8mbps upload speed Hyperoptic has achieved a Fing perfect speed rating of 5 out of 5. This puts it within to top 5% of ISPs in the World. On average, Fing app users have also rated Hyperoptic 4.3 out of 5 stars, with 79% giving it a 4 or 5 star rating and just 10% 1 star.

Between 4th April and July 11th July 2019, the Fing Outage Detector did not registered any internet outages for
Hyperoptic - so reliability also seems to be high?

The only downside seems to be limited reach, with their dedicated fibre to the building solution limited to mainly new occupancy buildings in a limited number of towns in the UK. But, if you can get it, why would you consider anything else? Are they doing anything wrong?