✭
December 16, 2020 in Fingbox #1
I follow on from my previous thread
https://community.fing.com/discussion/comment/24081#Comment_24081m
which was closed despite no resolution having been identified. The reason given was that "Fing App iOS version 10.1.0 was released this week. This resolved the events & reported timeline issues that you reported".  But I use an Android phone most of the time, a release of a new iOS version seems hardly relevant to the issues I reported. Those would clearly not have been resolved by this release and continue without any change: for some devices I can get a history, for most I cannot. In any event, having checked with a iPhone, the issue is also exactly the same and remains unchanged.
I started the thread about the events history now having been hidden behind a paywall because all other threads seem to have been closed with an alleged resolution when, in fact, there has been no resolution at all and no change since Premium was introduced: events history of many, possibly most devices within the Fingbox reach is hidden till you pay a hefty subscription for something previous included in the functionality. Perhaps unsurprisingly, my thread was also closed without a resolution.
And, to be clear, NO, I am not a moron and have ensured all the blindingly obvious steps have been properly taken. Yes, Fingbox is plugged in and powered up. Yes, it is connected by ethernet to the router, not floating in space, and lit us as connected to the interned. Yes, I am logged into the right account, not some random account which does not have a Fingbox. And no, I am not using the app's native scan, not unless the app enables my phone's range to increase exponentially  and "natively" scan my home network and identify devices within reach of my Fingbox right now from about 5km away using what, telepathic waves? Imaginary cable? Alien technology? And, to have a complete picture, I have now checked the position with two other friends who also have a Fingbox and they get exactly the same issue, so it is by no means unique to me, nor does What this issue needs is a global solution that actually addresses it, as I am clearly not the only one complaining, not disingenuous answers touting an update that either does not materialise or does not solve anything.

I have taken all the obvious steps and tried every single one of your suggested solutions but, by the looks of it, like most other people complaining about this, the event history for the majority of devices detected by my Fingbox remains hidden behind a paywall. Despite noises to the contrary, you have quite clearly (and one it temped to say, deliberately) removed one of the most important features of a Fingbox and holding us to ransom: either we agree to an ongoing subscription or we are left with a crippled device, which provides only a fraction of the information it used to provide when it was purchased and loses a key functionality, at the core of my decision to buy it.
So, please be clear: either you reinstate previous functionalities in relation to device history or tell us this is not going to happen and we are stuck with paying or not having access to that information.
Tagged: 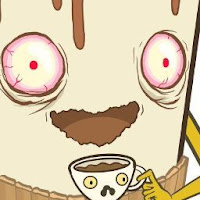