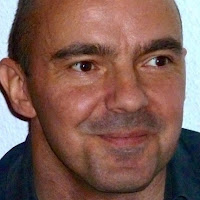 ✭
November 30, 2020 in Fingbox #1
Hi - I have recently been experiencing an issue whereby my fingbox appears to be erroneously blocking users. I have previously set up schedules for my childrens devices to block access during certain hours. This works correctly but these devices can also have their access to the internet randomly blocked outside of these scheduled windows. Connectivity within the local IP subnet (192.168.1.x) for these devices continues to work as normal at all times but any access to the internet is blocked. Other devices on this LAN (for which no block schedules have been configured) continue to access the internet as normal.
I assume that fing internet blocking mechanism works by the fingbox masquerading as the default gateway (192.168.1.1) and intercepting internet bound trafiic from the blocked device. In my case I see an arp entry on the blocked device for the default gateway (192.168.1.1) which corresponds to the fing box's MAC address. I also have a second arp table entry for the fing box itself (192.168.1.82) with the same MAC address.
When I flush the arp cache (Windows 10 PC) and power off/reset the fingbox then internet access is restored to the 'blocked' device. Access continues until is it blocked again - apparently at random. If I do not power off the fingbox it will automatically reinsert its MAC address back into the ARP cache of the blocked device and traffic is henceforth blocked.
Is anyone else experiencing similar beheviour ? This has only started hapening recently and I am wondering if this is a bug introduced as part of a recent fingbox update.
Tagged:
0