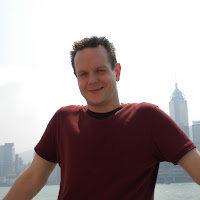 ✭
November 21, 2020 in Fingbox #1
I know there's multiple threads on this sort of topic, but I'm unable to follow any of them, because (I think) either the info is out of date, or it's ambiguous which "app" people are talking about.

I've been unable to clear anything in the Android app, so I used the App (dot) fing (dot) com site to remove random networks.  it now shows I have no networks (in the web app)
I've removed the Fing Desktop App from my PC.
I've cleared all data for the Fing Android App.  And signed in again on it.

If I scan the devices in the app (using the "Scan for devices" button which is bouncing around, clearly wanting me to tap it...  it adds both networks back to what I can see in the Web App.
If I tap on the old network (Hermes) in the Android app, and go to the network tab, the SSID is Hermes, and the MAC address is not one of the radios on the new router.

So clearly, the Fingbox is remembering this.

Instructions in these forums repeatedly say to:
Click on the ‘Home‘ tab
Choose ‘All Networks’ (under the ‘Scan for devices’ button) screen which contains a list of all your     networks.
However, I'm not able to find an "All Networks" section in the app, nor am I able to long-press anything as described elsewhere.  Also, there's mention of swiping left/right, but nothing in the app is swipe-able (I'm guessing the app has updated since these posts).

I'm aware there's a reset option on the FingBox itself.  I'll have to buy (steal) a paperclip from somewhere for that, as I can't fit my SIM removal tool in since the hole is right in the corner.  However, it's unclear from the forums whether I'll be able to use the FingBox after that, as there seems to be a security step that stops someone from stealing it, resetting it, and using it in their own network.

Any advice please?  Thanks.