✭✭✭✭✭✭
October 10, 2020 in Devices & Security #1
Like the recently discovered intel chip vulnerability, another example of a dedicated hardware chip found to be vulnerable.  As with the Intel vulnerability, hardware vulnerabilities can more disturbing  then software as hardware can rarely be modified when these things are found.

Snippet below from Ars Technica. https://arstechnica.com/information-technology/2020/10/apples-t2-security-chip-has-an-unfixable-flaw/

A recently released tool is letting anyone exploit an unusual Mac vulnerability to bypass Apple's trusted T2 security chip and gain deep system access. The flaw is one researchers have also been using for more than a year to jailbreak older models of iPhones. But the fact that the T2 chip is vulnerable in the same way creates a new host of potential threats. Worst of all, while Apple may be able to slow down potential hackers, the flaw is ultimately unfixable in every Mac that has a T2 inside.
Good news, if there is any, is that it requires physical access to a machine to exploit so no need to ditch your later model macs.  Just another reminder in keeping an eye on any laptop or other hardware you use when away from the home.
Thats Daphnee, she's a good dog...
Tagged: 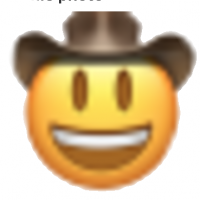