OPEN PORTS Can anyone tell me what a CADKEY TABLET DAEMON 1400 means, found it on my Sonos speaker 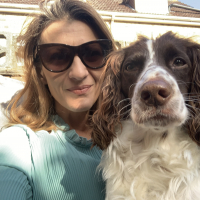