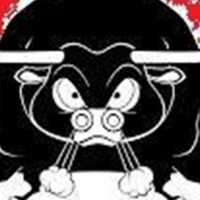 ✭
August 21, 2020 in Fing App #1
Hi folks,
I have given descriptions to my devices to make identifying them easier but when a allow a new device on to the network on occasion Fing identifies it / assigns the name name of a previous device that has been Dormant from the network for a while.
An example I have an iPad & it’s called Rocky-iPad (that’s the name of the iPad In the IOS & in fing) this iPad has not joined the network for some time but yet I have a device that now reports that name. Seem like fing is getting confused and taking that description, does anybody now why fing would populate a new device with a description of an offline device. I can only think that the ip address of the dormant Rocy-iPad has been reallocated as a new leased iP by the router.
Any thoughts / explanation on how I can clear this up would be most helpful. SeemS like it might be a bug in fing?
thanks in advance El Toro
Tagged:
0