✭
July 13, 2020 in Fing Desktop Installation issues/queries #1
Mine Fing upgraded itself, but after that all I got was "Fing Service not found".  The service was running, but nothing was listening to the Fing port. This is the latest Windows 10
I removed & reinstalled the 2.0 desktop.
Everything seemed to work - for about 30 seconds. The Scan devices showed a few named items & a lot of generics, I assume it lost the details when I reinstalled, so I clicked over to a list & back - the Scan feature has disappeared. The device, local network & internet icons on the top right of the home screen just have a plain asterisk. The report is now blank. Notifications didn't show anything. On the tools Ping did eventually work (but used two credits), while Wifi scan does nothing.
I rebooted the PC again - and I am back to "fing service not found". My main use was the scan for devices and to check the internet connection, but as the scan doesn't work & I am upgrading my internet to fibre, with a new router & monitoring software, I think I will just stop here. The version of Fing on my phone works fine, but I have had continual problems with Fing desktop, I fell I'm putting in far too much effort for the use I make of it.
If you can't suggest a simple solution, I will just have to drop it 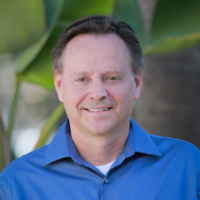