✭
June 26, 2020 in Fing Desktop discussions #1
I have reported this on another thread but it turned out to be for Window's 10.
THE PROBLEM:
When I last ran the Mac Fing App on my iMac running OS X 10.5.5 and scan my network for connected devices it returns a blank (white) screen.  As reported in the Window's thread there is a brief flash of screen then it goes white.  Based on suggestions in the Window's 10 thread I've done many restarts with the same results.

I have done so many attempts Igot to the point where when I tried to download the app and reinstall it I was getting "file is damage" and asked if I wanted to cancel or move to trash.  I moved it to the trash every time, deleted the program and its application support folder and preference pane plus anywhere else fing was located in the library and utilities folders.  I also posted this in that thread about the damaged file message, sorry I don't have the link to that.

When I did a restart in safe mode I was able to install the program but I am still getting the white box after I click scan.
My iPhone fing app works just fine as it did when I was getting Not Connected errors on the desktop app during a couple of installations that the fing box was not connected on my desktop.  I got that fixed after a half dozen attempts of new downloads and installations.

In total I have rebooted my system more than a dozen times, I have deleted the program more than 10 times, I have reinstalled my OS 3 times and nothing seems to help.  Booted in safe mode with only Safari running.  This problem doesn't care what browser I use, Safari or Firefox.
Please, someone needs to get this resolved. Running Fing Version 1.4.1 (1.4.1) which was downloaded from the Mac OS link on the Fing website.

Since this seems to be occurring on both Window's and OS X ,and the find app version is the same on both, I believe it's in the app and not on the respective PC platform. 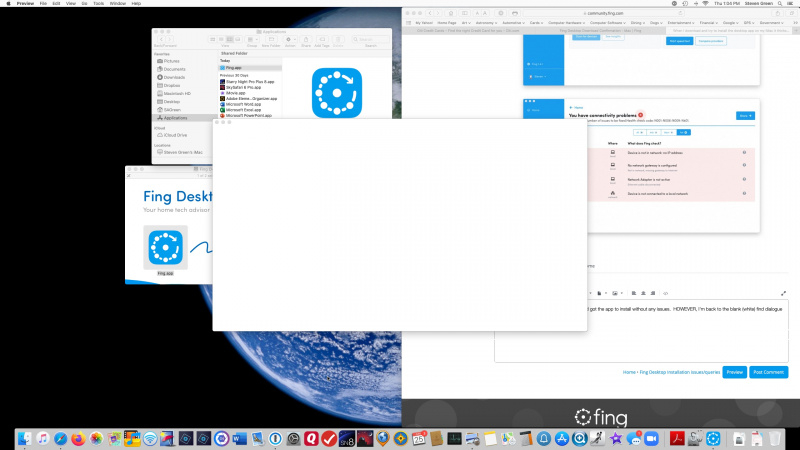 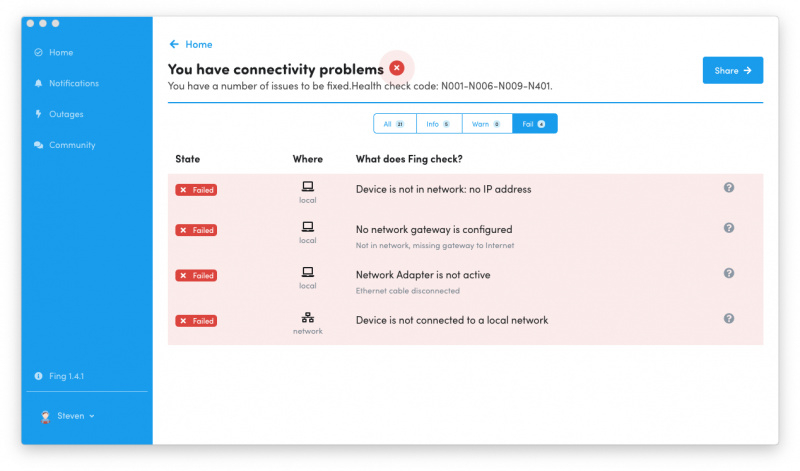 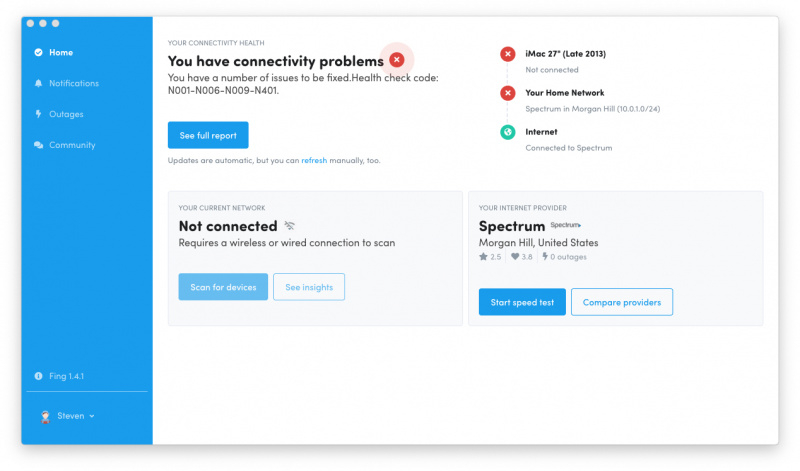