IFTTT Detected in not working 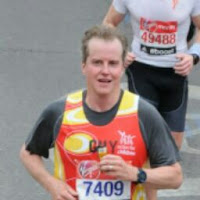 ✭✭
May 28, 2020 in Fingbox #1
I use IFTTT to action when people arrive & leave the house so that I can action certain other things automatically and stop things automatically.  For example, my son (who's 16) is incapable of turning the lights off.  So When he leaves the house, using IFTTT > Fing "This trigger fires when a user is no more detected nearby."  then I run a command and it turns the lights off, and the power to his XBOX.
The problem that I have found are:
1. When I run the blocking schedule (I turn his devices off after a specific time at night), his device is no longer on the network and the IFTTT is triggered
2. If he turns off wifi, the same thing happens.
3. If i'm not connected, even though the trigger is "This trigger fires when someone of a user group is detected in or nearby your network." I have also noticed that this happens with me, my device disconnects from the wifi say due to being in the garden and the signal is weak, so the phone (Android) will twitch to mobile signal.
0