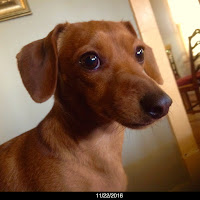 Mikey8s Member Posts: 1 ✭
August 2019 in Devices & Security
Let me explain. A hacker posing as one of my Facebook friends, sent me what appeared to be an Instagram video by Facebook messenger with a note that read: “You are in this video”. When I tried to open the video, I was taken somewhere else and told that my browser would not open this video, that I was required to install VPN, then I was taken to my apps page (I am on an iPad). I signed up for a free trial, not entering any password but using fingerprint ID. Then I was taken to Instagram’s login page. Because I was not a member, it asked me to sign up. I was wanting to see this video and I already had the VPN. After I signed up, nothing happened, so I sent my friend en email asking her what was going on. That is when she told me that she had been hacked and never sent me a Messenger message. A few minutes later I got an email from Instagram telling me that someone several states away logged into my account. I have now changed all passwords that have been associated with this incident, including my Apple ID. What do you think this was all about ? Perhaps a phishing attempt ? I am also confused about the VPN. I have also cancelled the VPN.
Tagged: