Parallels VM 'not in network' but accessable 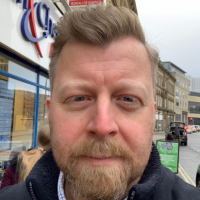 ✭✭
March 28, 2020 edited March 28, 2020 in Fing Desktop #1
Hi, I have 2 Macs on my network both running Parallels Virtual Machines (Ubuntu) 1 of the virtual machines appears fine in Fing and I can see the IP and all the relevant details, The other Mac running the VM I can see the DHCP name but not the IP as it show as 'not in the network' and appears 'greys out' even those I have accepted it.  I can access both VM's from there DCHP name and IP address however.  The only difference between the two Mac hosts is that one has a wired connection the other wireless.

Any ideas why Fing won't show the IP or why its saying the device in not in the network?
0