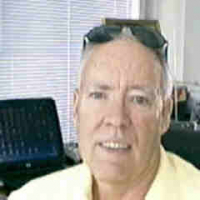 ✭
March 6, 2020 in Fing Desktop Installation issues/queries #1
Installed Fing Desktop on my Win-10 laptop (Ver 1803) and I was able to configure it and get it working satisfactorily. I was OK with the installation process (I'm an experienced networking engineer, most people I know would need some help, it's still a little rough) and I was quite happy with the features & UI in the app.

However (there's always a "but") I noticed something that is most likely a bug in the network detection area of Fing Desktop.

Background: We were on vacation in Florida using the WiFi network provided by the rental. I after a week or so I found that my outgoing e-mail had been blocked & the IP address flagged as a spam producer. I loaded Fing to see if there was an interloper on the WiFi, found one, and got the rental owner to change the WiFi password. In the process of troubleshooting the e-mail problem I connected my AT&T 4GLTE WiFi Hotspot through which I was able to successfully send e-mail.

This is when I discovered the problem with Fing. (Please refer to the attached screen capture of Fing Notifications.)
At 12:36 PM I started Fing and it correctly detected and identified the network. At 12:37 I was able to configure the network and was acknowledged by Fing. At 4:34 PM I used the Win-10 WiFi network settings to switch Wifi networks from the rental's Comcast network to my AT&T WiFi network. Fing correctly detected the network loss and subsequently (4:35 PM) detected the new network (note the new IP address). However it still identified the network as "Comcast Cable in Panama City Beach...", when it should have said something about AT&T connection. Note, interestingly, it did change the icon from the NBC Peacock (Why???) it was using for the Comcast Cable to the AT&T Globe icon.

Anyway, it appears to me that the Fing App is not clearing the description/label for the network when a new network is discovered. I hope this helps you find and fix it. 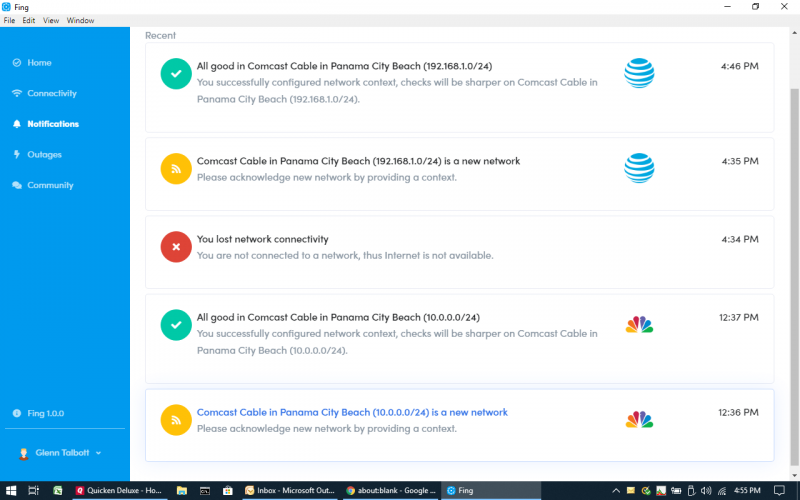