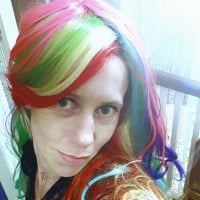 My contribution Is a little late but my use of fing & fingbox is a daily constant.

Since I first installed the fing app (android) I have been using it on a daily basis.

The installation of the fingbox has added even more functionality too my network & integrations.

Initially I installed fing as a security measure having discovered that my network had been hacked & my router irretrievably compromised.

I switched my ISP & started fresh armed with my faithful fingbox!

Over the last few years my uses for fing have evolved from being more than just a security device to monitor my network to having a central role in my home automation system.

The presence detection capability adds a more diverse method for automation than when detected solely by my router, as fing will detect a device that is not only connected to the network but in range.

This opens a whole new scope.

For me personally there is such potential for this too evolve very quickly and add a whole new level to both security, security automation and home automation.

I would love to have the ability to link fingboxes from different accounts & networks in such a way that you could view & receive real time information about the other networks/ fingboxes in the shared accounts.

Automated network scanning that runs in the background (with customisable features such as frequency of the scans).

I often forget to manually scan a network but dont realise it until I go to check on recent events of other networks only to find they haven't been scanned for several days sometimes weeks even though I was only connected to them a few hours ago.

I try to identify all my regular visitors in the fing app, especially couriers.

I know the postman is about to knock because his handheld is watched in my app.

With the ability to share/link fingboxes & accounts the potential would be huge.

Its something that I yearn for every day.