✭✭✭
November 27, 2019 in Fingbox feature requests #1
Network transfers / communications are based of MAC-addresses, as we know. If a MAC-address is unknown, the device will send broadcast message to ask about the target-MAC-address. In normal way, there's no problem about that. But sometimes some devices reflect broadcast-messages (like a ethernet loop) or sth else happens. Maybe there's a lot of broadcast traffic because of a broken device or other reasons. Or somebody is doing arp-spoofing though hacking-tools and disturb the LAN this way.
So i got the idea, if it'll be possible for fingbox to continuously check the "level" of broadcast messages within a network? And if this "level" will be higher suddenly, than give alert and maybe tell which device is sending excessive broadcast messages.
ARP and MAC-addresses are basis network details, nearly unprotected and hidden. People just know that sometimes there's sth strange in LAN but you can't find anything. 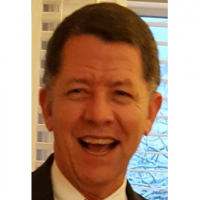