✭✭✭✭✭
August 9, 2019 edited August 9, 2019 in Other US ISPs #1
...I have to say I've been very pleasantly surprised whenever my speed test reports come in. I have the 500MB package and I frequently see speeds close to that, if not sometimes higher. For example, I just ran one now (which, oddly likes to go to Chicago, despite this old bear being based in Cincinnati) 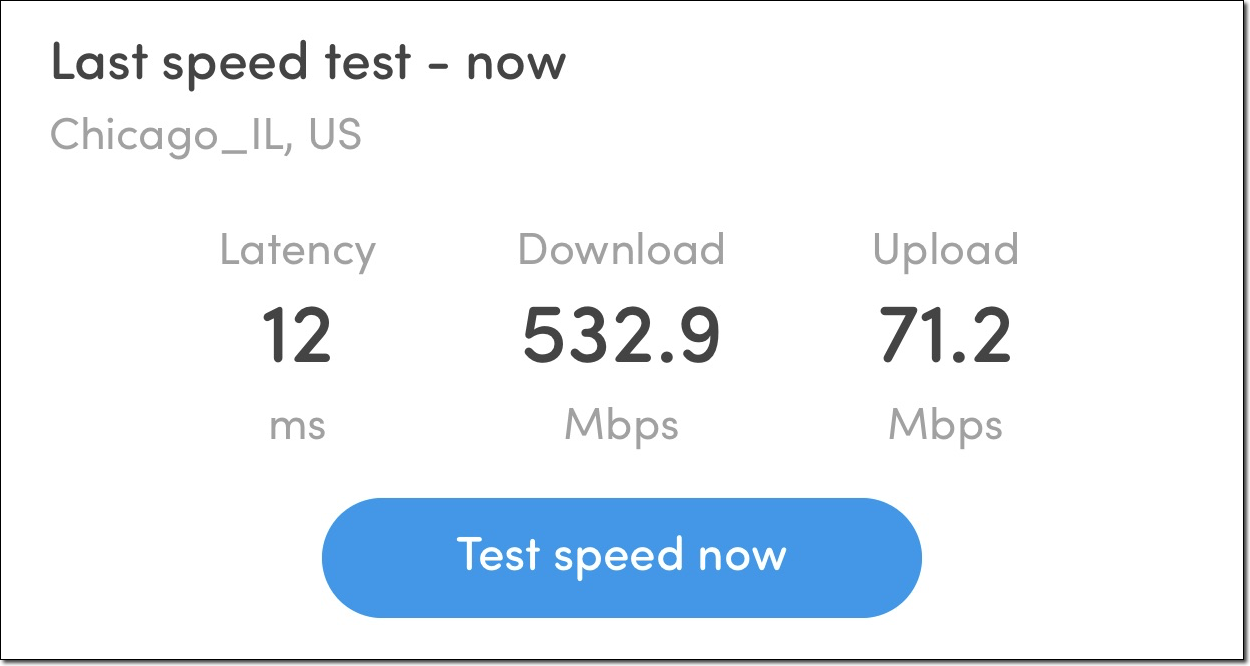