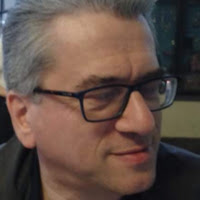 ✭
November 17, 2019 in Beta Testing - Internet Speed Test #1
Hello everybody.
I have the same issue with the Internet performance test. With very few exceptions, it doesn't work since November 5. The first 'Measure failed' message appeared on October 30. Then more and more frequently up to November 5.  Since then it fails systematically apart very few exceptions (it works once every two or three days). The last successful was On November 15 and before that on November 13 (but giving very poor speed).
I did as well a couple of manual tests, both failed.