The pairing is a smart match for both tech companies. Mainstream manufacturers have been mostly unwilling to design hardware for Google's wearables operating system, called Wear OS. Meanwhile, Fitbit makes great hardware, but it's struggled to win market share within the smartwatch arena. Google brings much-needed marketing firepower to the table, while Fitbit brings a respected brand name that could bring Wear OS to the center stage. 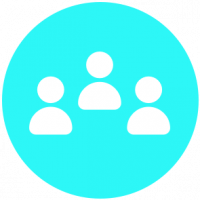